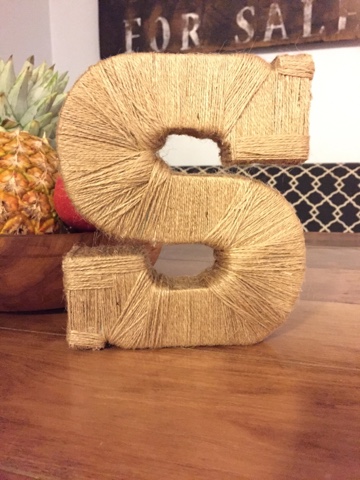 A while back my mother-in-law gave me this decorative S. I
knew I wanted to do something with it to add some character but I
wasn’t inspired right away. So it went up on a shelf and was forgotten
all summer.  Recently, I came across it while trying to de-clutter and
style my built-ins. I was being very selective about what was going to
stay. The S had potential but I wanted to add some texture and
dimension. Without even consulting Pinterest, I decided to cover it in
jute twine. That would give it a more organic look and would fit in with
the more neutral palette I was going for.
On
a whim I ordered the twine from Amazon and was pretty pleased with the
whole idea. I was excited to get started. How hard could it be? I also
thought it could be a fun blog tutorial depending on how it came out. 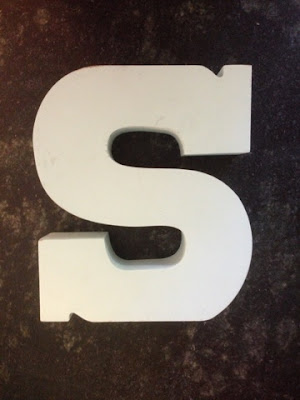 I was sort of right and I’m pretty pleased with how it came out. 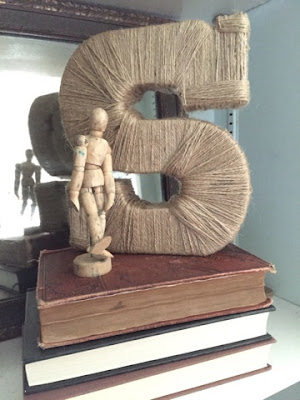 I do
really love it but this isn’t going to be a tutorial on how to make one
yourself. Partly because it’s pretty self explanatory but mostly because
no one should do this. Consider this more of a cautionary tale for the
craft-challenged.

It
took, almost literally, forever. I way underestimated how much time and
how much twine it would take. I burnt my fingers with the glue gun at
least a thousand times.  I took this picture the first night and was still pretty optimistic: 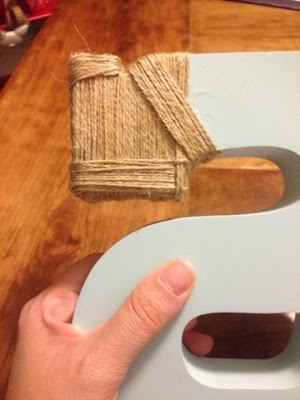 About half way through I had to decide if I was
going to finish it.  On one hand it was turning out pretty cute. On the other hand, I had already spent HOURS on it and I was only halfway done and was clearly going to need more twine. I stared at it for a day or two and tried to decide if I was giving up or not. Turns out I’m just as stubborn as I am bad at crafts so I ordered more twine and spent more HOURS on it. Hours I could have been doing so many other productive things. But let’s be real, hours I probably would have spent binge watching Narcos. But still! 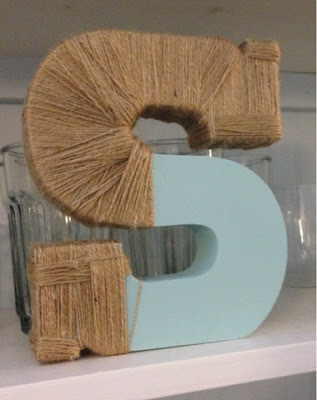 Then, just to throw salt in the wound, while I was in Marshall’s one morning after a late night glue gun session, I see this lovely little letter S: 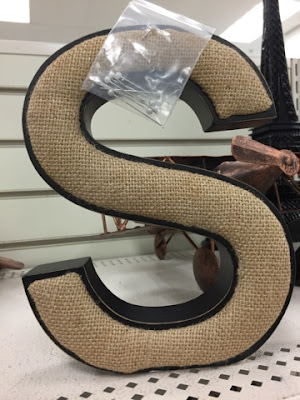 How cute! A neutral colored letter S with some burlap to give it some dimension and a natural feel. And for just $5.99. What a coincidence! That’s how much ONE role of twine cost and I only needed double that for mine. So I did the only sane thing and muttered some bad words under my breath and walked away.

In the end, I did finish it and I even love how it turned out. But for the record (hindsight is 20/20, right?) here are a few ideas that (theoretically) wouldn’t have taken several days, several bottles of wine and my fingerprints to complete:
I
like these a lot. It’s simple: mod podge + scrapbook paper = done. I
actually did do this with letters for my daughter’s nursery two
years ago. They were easy and fun to do and came out adorable.

I also like the idea of using old maps or music sheets or even just ripped up brown paper.

This one just used pieces of burlap which would have given me the natural look I was going for in a fraction of the time.

And if you really really want a jute wrapped one, I did find this tutorial that makes it seem a lot easier. Maybe it is just because they did a straight letter N. Maybe it’s just me.  I’ll never know but this is really beautiful.

Last
but not least, Life As a Thrifter (how did I not know about her!) did
simple metallic spray paint on these for her laundry room and I LOVE
them! I’m so glad I came across these and her blog (even thought she is
not actively blogging).

I’ve pinned these and a whole bunch more on my Arts and Crafts board on Pinterest. If you ever need some ideas check it out!
I’ll just chock this one up to a learning experience. Have you ever had a project that seemed so simple end up taking up so much more time than you anticipated? Did you push through or give up?
Kaitlin
Decorative Letters, DIY, Jute Letter