Kaitlin ServantAugust 28, 2015March 11, 2017 Restaurants No Comments
This summer has flown by! I’m sure I’m not the only one to feel that way. I can’t believe we are less than two weeks away from the September show (opening day is September 8th)!

I have to admit, that the huge push to finish the camper at the last minute combined with the fast pace (for us) of the July show and the heat, caused a little more Brimfield burn out than usual. So this post will serve as my tribute to summer and a list of excuses for neglecting the blog for the last four weeks:


1.   We went to the beach. First stop was Sandwich, MA. Our dear friends have a house there and I have been enjoying it since I was just a little older than Charlotte. I love that I get to share it with my girls.

2.   We hung out at the lake. Newfound Lake in Hebron, NH is one of my favorite places in New England and I have been visiting the same place there since I was a child too. My girls love it just as much as I do!

4.   We had fun with cousins. My brother’s children visited from Washington for a month this summer which was exciting for everyone. And we had a great time with Ryan’s family in Manomet (part of Playmouth, MA) earlier this month. 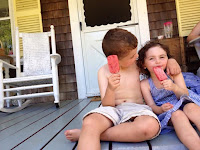 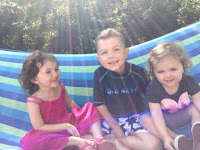 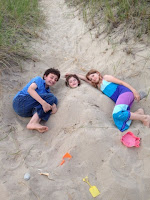 5.   We saw James Taylor and Bonnie Raitt at Fenway Park. It was amazing, to say the least. If you are only going to have one kid-free night all summer, that was a pretty great one to have!

6.   We shot rainbows from our hands. No big deal.

7.   There were sparklers, of course.

8.   We went cruising in the Jeep with the top down. Ellie approves.

10.   We went back to the beach. We spent last week in Manomet. Daily walks on the beach, naps (for everyone except Charlotte), being lazy on the porch, chilling on the hammock, running through the sprinkler. It was pretty perfect. We also took a day trip to Martha’s Vineyard because Charlotte has insisted we go almost daily since last summer. According to her, they have “really good drinks there.” Despite staying a stone’s throw from Joey McIntyre’s house, I did not bump into him while we were there. My dad said he did see “that guy from the Beastie Boys” so there’s that. 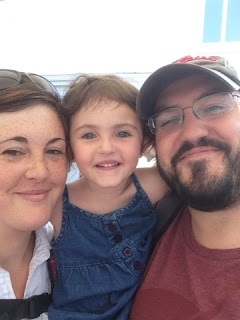 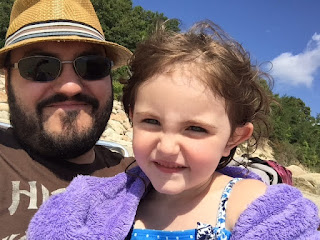 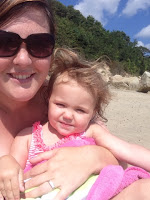 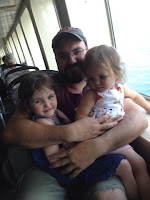 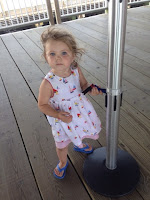 12.   We ate at diners. The Tilt’n Diner is a new family tradition! 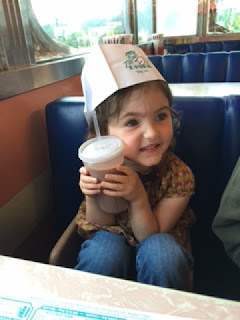 13.   It all made us pretty tired. My anti-sleep child took a nap daily at the lake and even fell asleep in the boat. I think I should bottle the water!

It really was an amazing summer. I think it’s safe to say it was the best I’ve ever had. I (finally) have two kids that (mostly) sleep and travel well. The three previous summers could basically be described as the exact opposite of that. These girls are a joy to be around and watching them experience new things for the first time is truly a dream come true. On top of that, we have the most amazing family and friends to spend time with. What more could you ask for?
So now we are refreshed and ready to get back into the swing of things. We are really looking forward to the September show and we have some really exciting things going on with the app that I will share in a pre-Brimfield post next week once they are all finalized!
Thanks so much for following along and indulging my photo over-share post and we hope to see many of you at the show very soon!
Kaitlin
Brimfield, Cape Cod, Newfound Lake, Summer